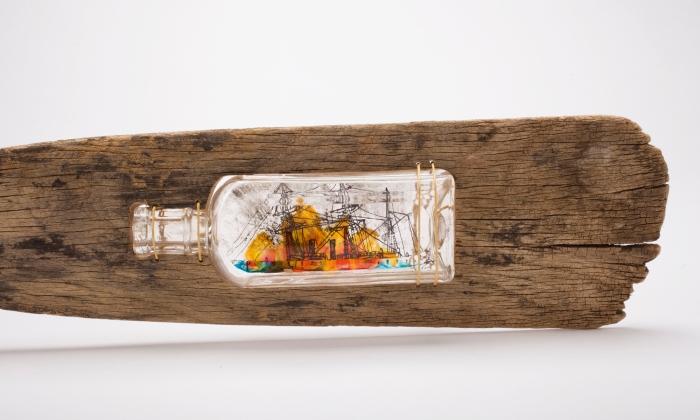 Jessica Straus’s and Antoinette Winters’s collaborative installation, “The Beaching”, presents five oars with inset bottles suggesting jetsam found on the shore. Each bottle holds an image–or memory–of the history of Nut Island: a ship ablaze, a sailor’s rope, a ship’s compass, and a close-up of a frigate.    A fifth image is text, a condensed, chronological account of this history.     In keeping with Straus’s and Winters’s interest in the period of the decommissioned ships and their desire to honor and reference the lesser known facts of the island, they chose to further strengthen the nautical reference by embedding the drawings in found bottles from the 19th century, which had been excavated from the urban waterways around Boston.

View all posts by jessicastraus